If you do not succeed then you can expect extreme retaliation.

That retribution has begun.

His twin brother got it too.

Washington (CNN)Lt. Col. Alex Vindman, the top Ukraine expert at the National Security Council, was pushed out of his role Friday months earlier than expected, according to a statement from his attorney. Vindman was not slated to leave until July, but had been telling colleagues in recent weeks he would likely leave soon.

Vindman, a decorated veteran who was born in Ukraine, was escorted out of the White House by security and told his services were no longer needed, according to Vindman’s lawyer, David Pressman.
His twin brother Lt. Col. Yevgeny Vindman, a National Security Council attorney, was also fired and walked off the White House grounds alongside him.
National Security Council spokesman John Ullyot said: “We do not comment on personnel matters.”

A little something else that slipped under the radar,

Bill Barr just dropped the hammer on the hypocritical Democrats and this wound will take years to heal.

Bill Barr just broke up a massive scheme to illegally funnel foreign money into darn near every Democratic political candidate and organization.

The list of the Dem organizations taking this illegal money is astounding – almost every Dem state organization and many super PAC’s including the big one Priorities USA.

You gotta know that there is a whole shitload of these other treasonous cocksuckers looking over their shoulder now 24/7.

I’m sure they won’t be disappointed.

They Tried to Destroy the USA Internally

—–
They won’t be able to walk down the street.
Update;

Trump has been taking a beating 24/7 for three years and they haven’t been able to make a damn thing stick.

Apparently they have never heard the old saying,

“Beware the fury of a patient man” 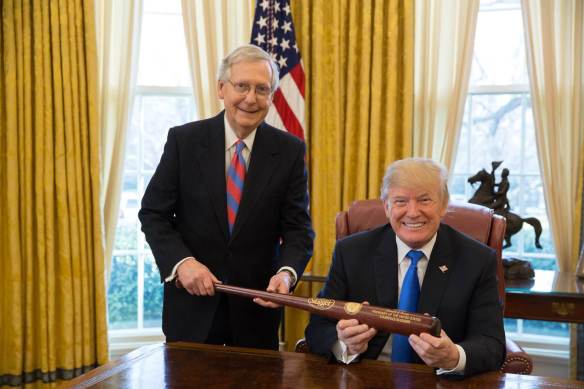