There is no hope for me.

As I briefly mentioned yesterday, after doing some clean up out in the garage putting some tools and shit away finally, I discovered a couple of bare spots where some shit used to be that I had gotten rid of recently.

Can’t be having that now, can we?

One of my Sister In Laws just happened to give me a thirty dollar gift card for Harbor Freight that has been burning a hole in my wallet ever since and those enablers at HF have just by coincidence I’m sure, been inundating my Inbox with oh so irresistible deals like 20 and 25% OFF coupons.

You see where this is going already, don’tcha?

Yep, I just got back.

First up, a set of Metric Offset Wrenches. 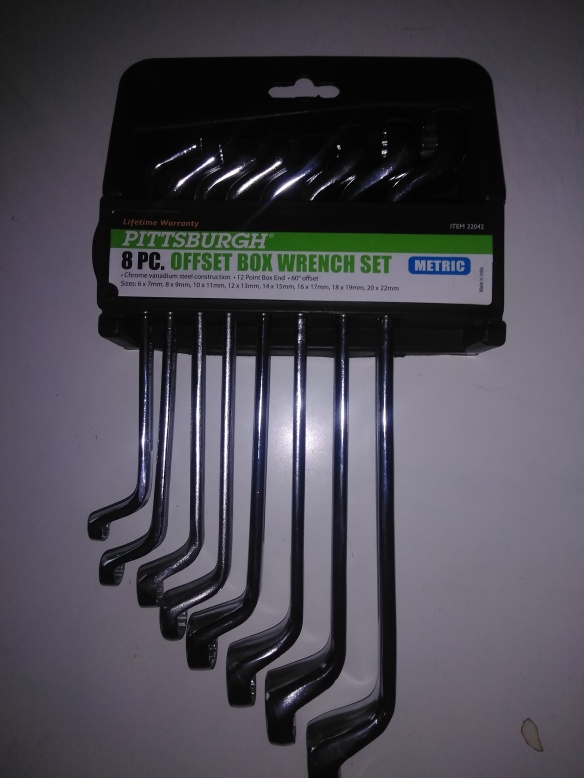 I don’t recall ever seeing  a set of those in Metric and I could have used a couple of those a while back when I was killing myself changing out that fucking alternator on the Wifely Unit’s POS.

I may just go back and get the Standard set too now that I think about it.

As for the Gift card, well, I have one of these little grinders already that I bought a year or two ago and I do use it occasionally because it is great for little touch up jobs when you need a fine grit grinding wheel.

I have kicked myself since I bought it for not stepping up to the plate and getting this model though.

Since it was on sale and I had a gift card that put me close enough to the final price, I snagged one. After I had to have one of their people go in the back and find me one. 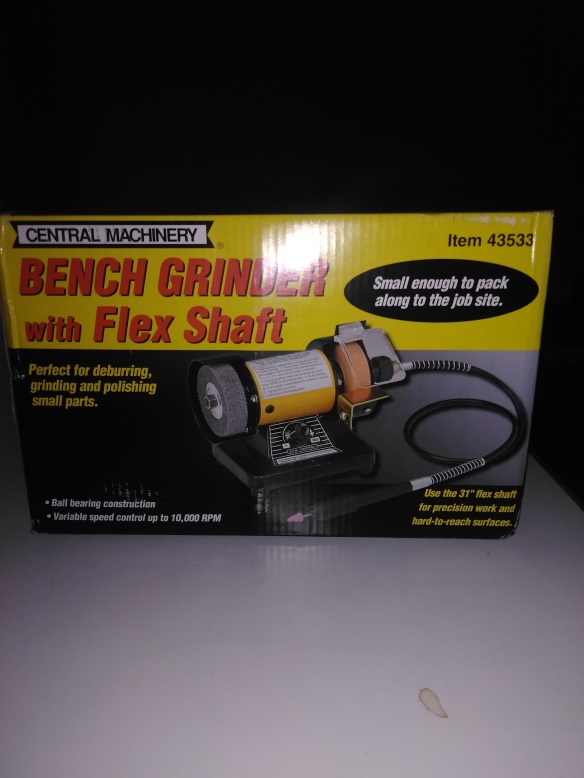 That little Flex Shaft is going to be a handy little fucker.

It will save me from having to find and dig out my Dremel for a bunch of quick little jobs, which is a complete pain in the ass to do.

I replaced their little buffing wheel on my old one with an even finer grinding wheel so I will swap that shit out as soon as I get this thing unboxed.

I’ll take that kind of deal all day every day.

There is still the problem of one ten inch square bare spot out there.