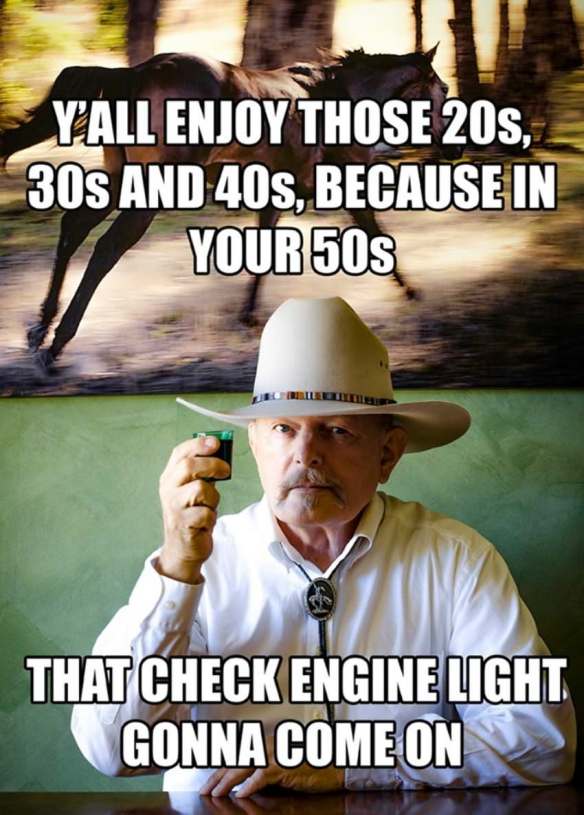 Hell I’m pushing sixty hard now, that Check Engine Light is the least of my worries

15 thoughts on “I Just Ignore It And Keep Going Anyway”