I am only posting this because the last time this person warned of a False Flag , they were right on the money.

Re: Expect a FF attack in the next 24-48h. – Likely an inner urban setting. Schools unlikely but possible. Looking at churches/ places of worship as possible targets (may be mosque target to pin on Right). – Missing many details, just aware of SAD/SAG order given. – Pray Please

So you understand I do not give warning without valid reason. This was the last false flag I warned you of. Remember the Date & Time.

SAD order was given. Be prepared for a FF within -24. Location unknown still. Attempting to Track. Stay Safe, Patriots.

The Special Activities Division (SAD) is the Central Intelligence Agency’s (CIA) covert paramilitary operations unit. They are one of America’s most secretive and lowest profile special ops organizations.

The Special Activities Division, sometimes referred to as the ‘Special Operations Group’, is made up of Paramilitary Operations Officers. CIA Paramilitaries are typically ex-military personnel and veterans of military special operations units such as the Green Berets or Marine Force Recon. SAD also recruits from within the Agency. Regardless of background, SAD operators undergo extensive specialized training.

I have no idea if this prediction is accurate.

I also have no reason not to believe it’s true, knowing the nature and desperation of the Deep State at this point in time.

One can not be too careful these days.
Operate as if this is in effect 24/7. 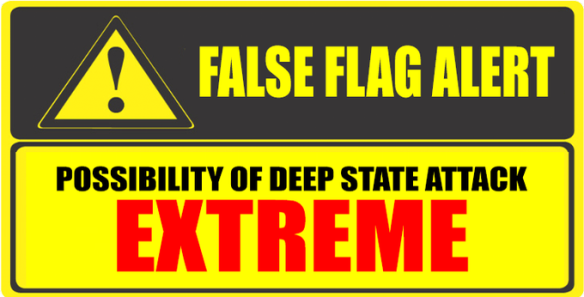 4 thoughts on “BOLO, Possible False Flag Operation Next 24,48 Hours According To An Insider”