What’s this, There are people who live in Oregon outside of the Willamette Valley after all?

SALEM — A “possible militia threat” is shutting down the Oregon statehouse amid an ongoing walkout by Republican lawmakers who are blocking a vote on landmark climate change legislation with their absence.

A spokeswoman for the Senate President confirmed late Friday that the “Oregon State Police has recommended that the Capitol be closed tomorrow due to a possible militia threat.” 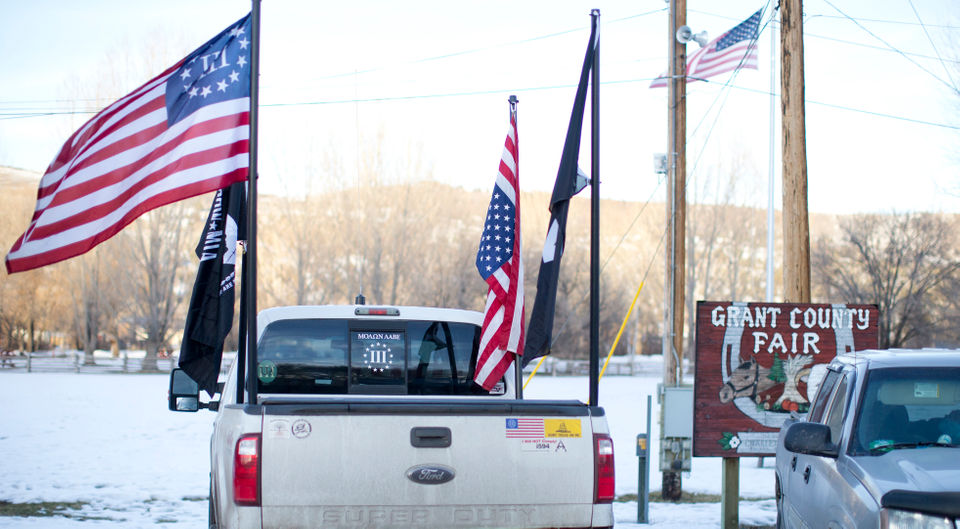 Members of the Three Percenters of Oregon, a group that joined in the Malheur National Wildlife Refuge takeover, say they will provide Oregon Republican Senators who walked out of the state Capitol “security” and “refuge.”

Gov. Kate Brown has deployed the state police to round up Republican senators who fled the Legislature — and in some cases, the state — to thwart passage of a climate proposal that would dramatically lower fossil fuel emissions by 2050.

Right-wing militia groups said they would protest at the Capitol on Saturday as lawmakers convened.

It’s unclear if the “militia threat” was related to the protest or is something additional.

Notice how the article focuses on that aspect and ignores the facts in the picture they also provide, that Truckers, Loggers and other Oregon citizens who would be most severely impacted by this Liberal wet dream legislation are there at the Capitol in Salem protesting this legislation, with or without any Militia presence.

The Media would rather focus on the more easily sensationalized aspect, of course.

It appears these Democrats have over stepped because they think the Super Majority they have in the Senate allows them to do as they seem fit and Fuck the peons.

This is a good sign that the more rural portions of Oregon State have had a belly full of the Democrat’s shoving their Liberal Utopia down everyone’s throat.

Just to give you a better idea of what has been going on in Oregon and Washington too for that matter, let’s take a look at a map of the state and I will point something out to you.

If you look to the left you will see Interstate 5 that runs North/ South from the California Border, up into and through Washington State to the Canadian border.

About half way up that narrow little strip you will see Eugene.

That is at the Southern end of the Willamette Valley. That valley is prime farm land and stretches basically almost clear to Portland.

Between Eugene, Corvallis, Salem the capitol and Portland is where most of the population of the entire state lives. Even Eugene and Salem are small cities compared to Portland.

It sucks to be a Conservative living out in Bumfuck on the Eastern side of the state, you basically don’t have any representation because the Liberals outnumber you bigly.

Where did all of these Liberals come from?

Oregon and Washington have been turned into California Lite over the last fifty years via migration up the I-5 corridor.

Meanwhile, the Liberals have killed the logging industry completely with the Marbled Murrelet and Spotted Owl campaigns and environmental regulations.

Even though they hold the majority doesn’t mean there aren’t still a lot of people who live in the state also and it’s looking to me like those poor saps are finally starting to have a belly full of the Liberal agenda they get force fed.