I can’t believe this shit.

I just spent three fucking days cleaning out the garage and getting rid of a whole bunch of shit.

All that just went out the window with one phone call from my brother.

He calls me up and asks me if I want an old walk behind rototiller.

Thanks but I had a chance to get a huge one from my Uncle when he moved and I passed on it because it was huge and I didn’t have room for it.

Just as we were about done talking, I heard someone in the background tell him it really is a walk behind tractor. 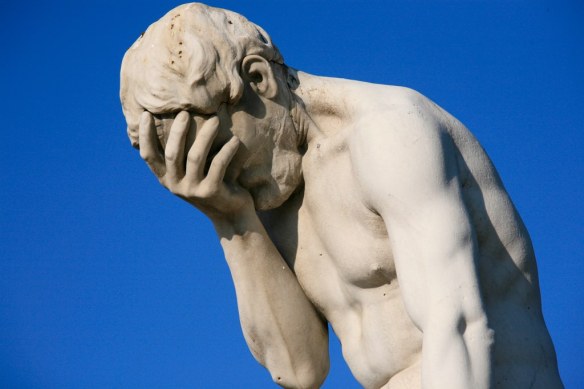 Fuck me, just what I need, another one. I still haven’t laid a finger on the first one.

He says he’ll send me some pictures.

OK, fine. I went back to my rat killin’ out in the garage and didn’t think no more of it. Until about four hours later. I texted him back and asked what happened with the pictures.

He says he sent them right away.

He’ll send them again he says

I wait and I wait some more/ He texts me and asks if I got’em.

Nope, I asked him if he had a twelve year old handy to show him how to do that.

He finally Emailed me the pictures. 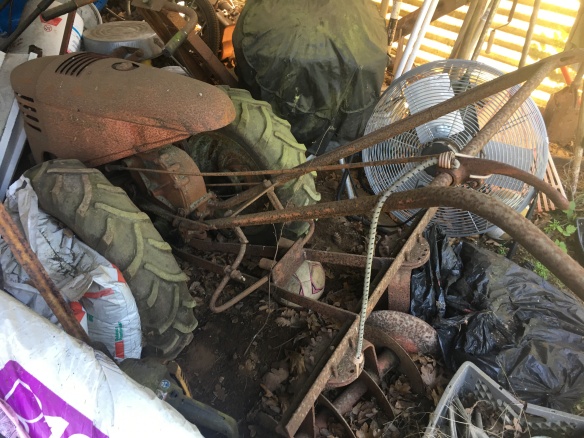 Bigger than shit, it’s a walk behind tractor, with a rototiller attachment on it.

(Update, my thanks to Grayman in the comments for not only pointing out how blind I am am but that it’s not a rototiller attachment but also that it’s a disc harrow instead)

Says it’s a David Bradley plow, which I have maybe heard of,  years ago.

I will have to do some research on it but I want to say they are pretty collectible.

I am waiting to hear if there is any air in the tires. It don’t look real light either.

Sounds to me like it’s a done deal, I just have to go get it loaded up and drag it home.

The Wifely Unit even gave me permission……

It wouldn’t have really mattered but it works better this way.

Updated again, just got done with another Textfest with my brother.

He says he thinks there is actually air in the tires. That would be huge if so.

It looks like this coming weekend he will help me get the heavy bastard loaded up.